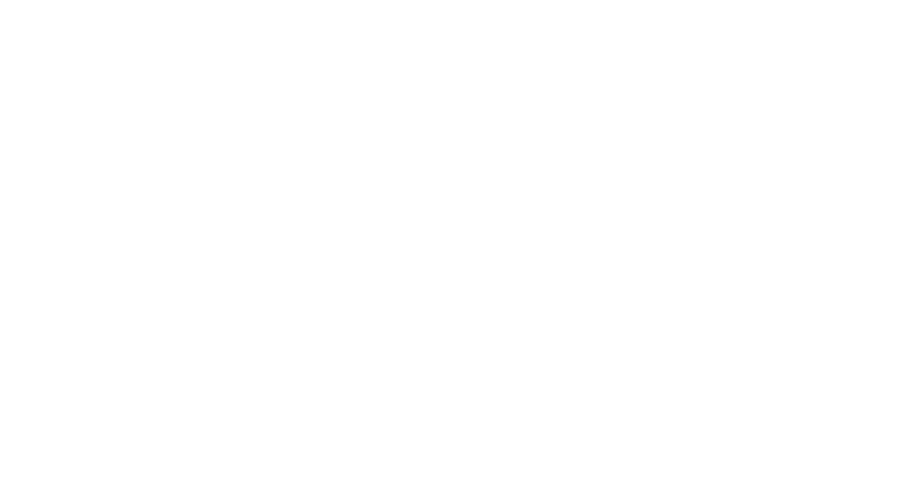 We’ve been exploring again today. This time our adventures took us just outside the Warwickshire border to the beautiful Wroxton Abbey in the village of Wroxton, Oxfordshire. The village itself is like something out of a film with a duck pond in the middle.

Wroxton Abbey (or Wroxton College as it’s also known) is pretty much in the centre of the village. There are big gates that lead onto a long tree lined drive. At the bottom of the drive is the house.

We went round to the left of the house which took us to the most amazing rolling hills. Some had a pretty steep drop so if you do visit, be careful. The children spied the pond over the other side so that’s where we ventured next. It was beautiful with water lilies, ducks and swans and cygnets. Next time we go we’ll definitely take some duck food with us.

Next we headed through the woodland area where there were lots of dens built. We had to pretend to toast marshmallows which is basically leaves poked on to sticks. Make believe play at it’s best. The woodland area took you through to another impressive lake. We even spotted a heron sat on the water which was incredible to see.

After a little sit down on a giant log we walked to the end of the lake where the children found some stepping stones in amongst water which led into a waterfall.

We walked back through some woodland to the rolling hills at the beginning and sat down under a tree while the children played with the aerobie. We could honestly have spent all day there.

By the big entrance gates there are some do’s and don’ts. The main ones being that dogs aren’t allowed and no picnicking. We saw lots of families having a full on picnic but we just had a quick snack as we didn’t want to get told off.

We will definitely be visiting again as it was only 25 minutes from Stratford upon Avon. There’s so much more to explore. 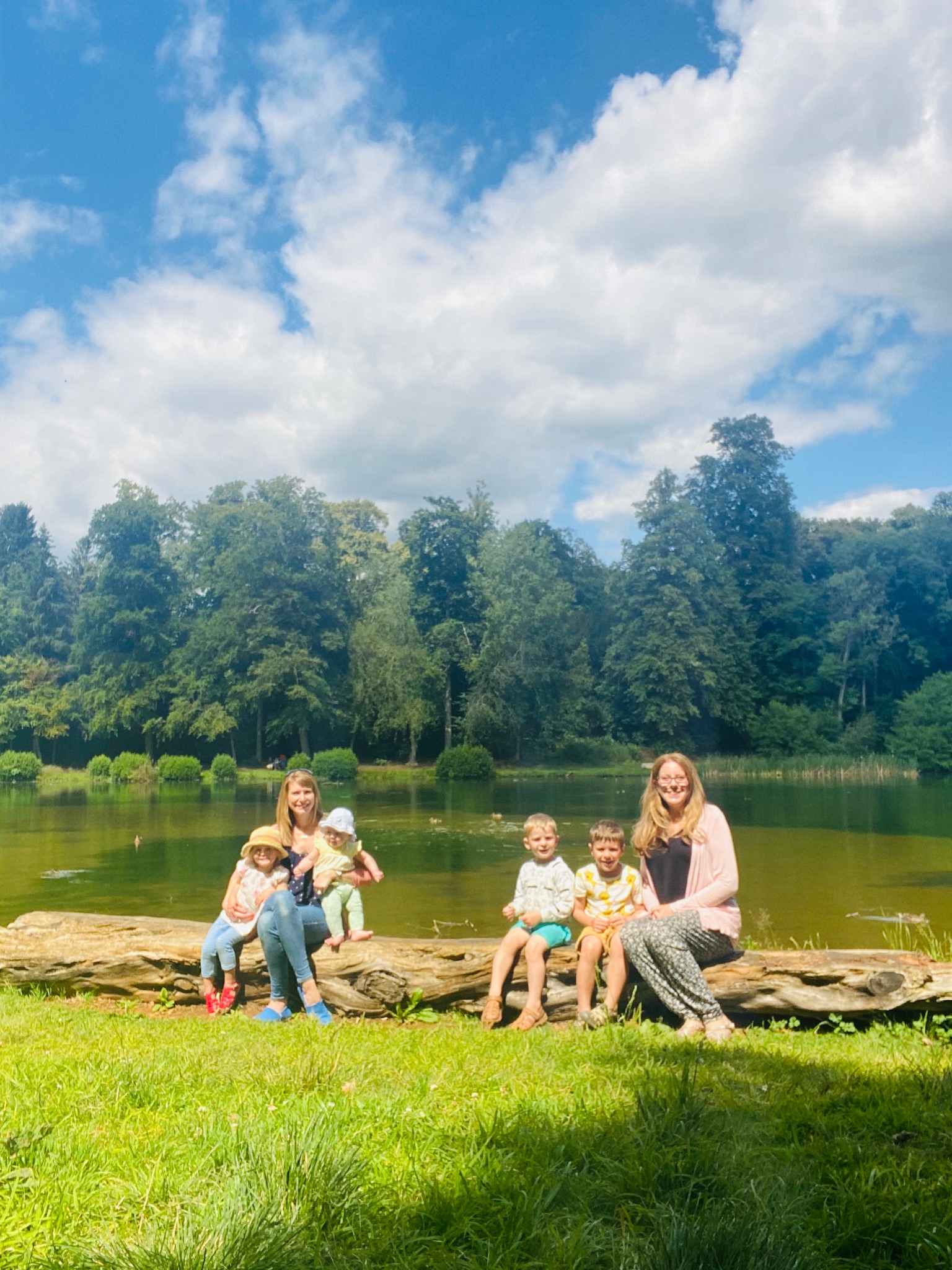 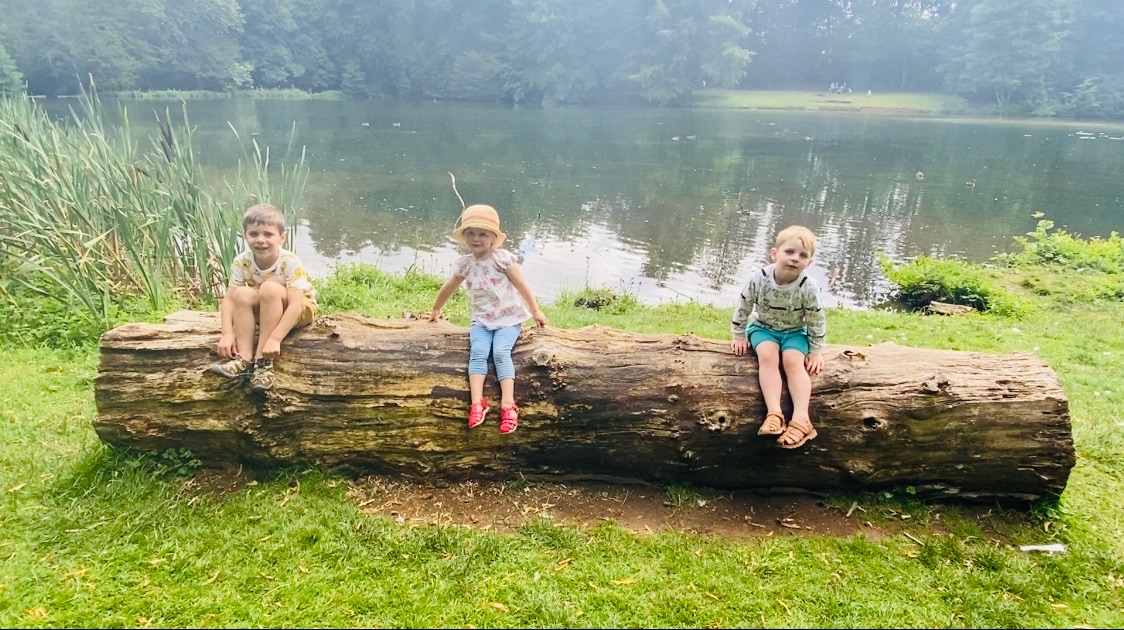 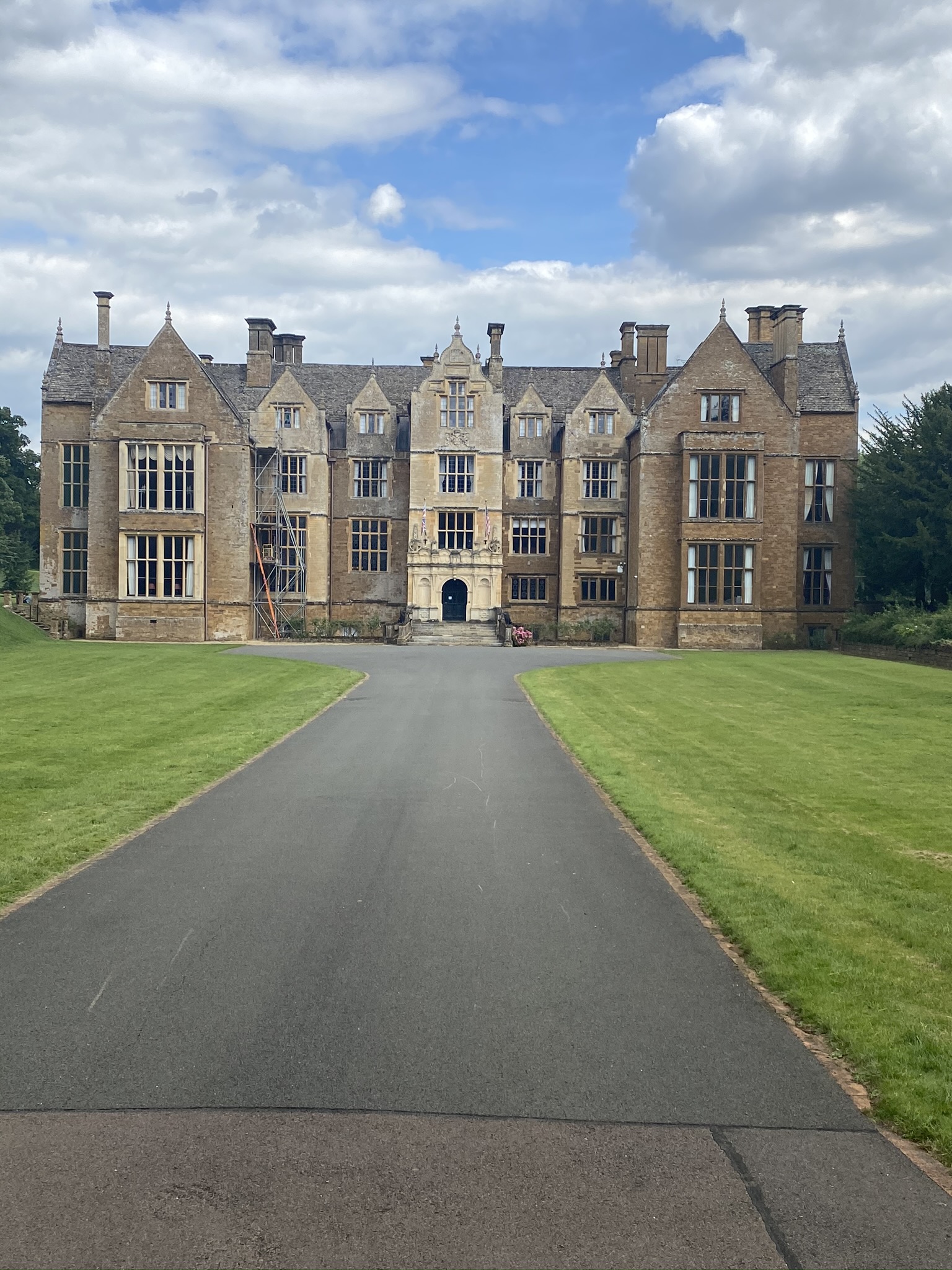 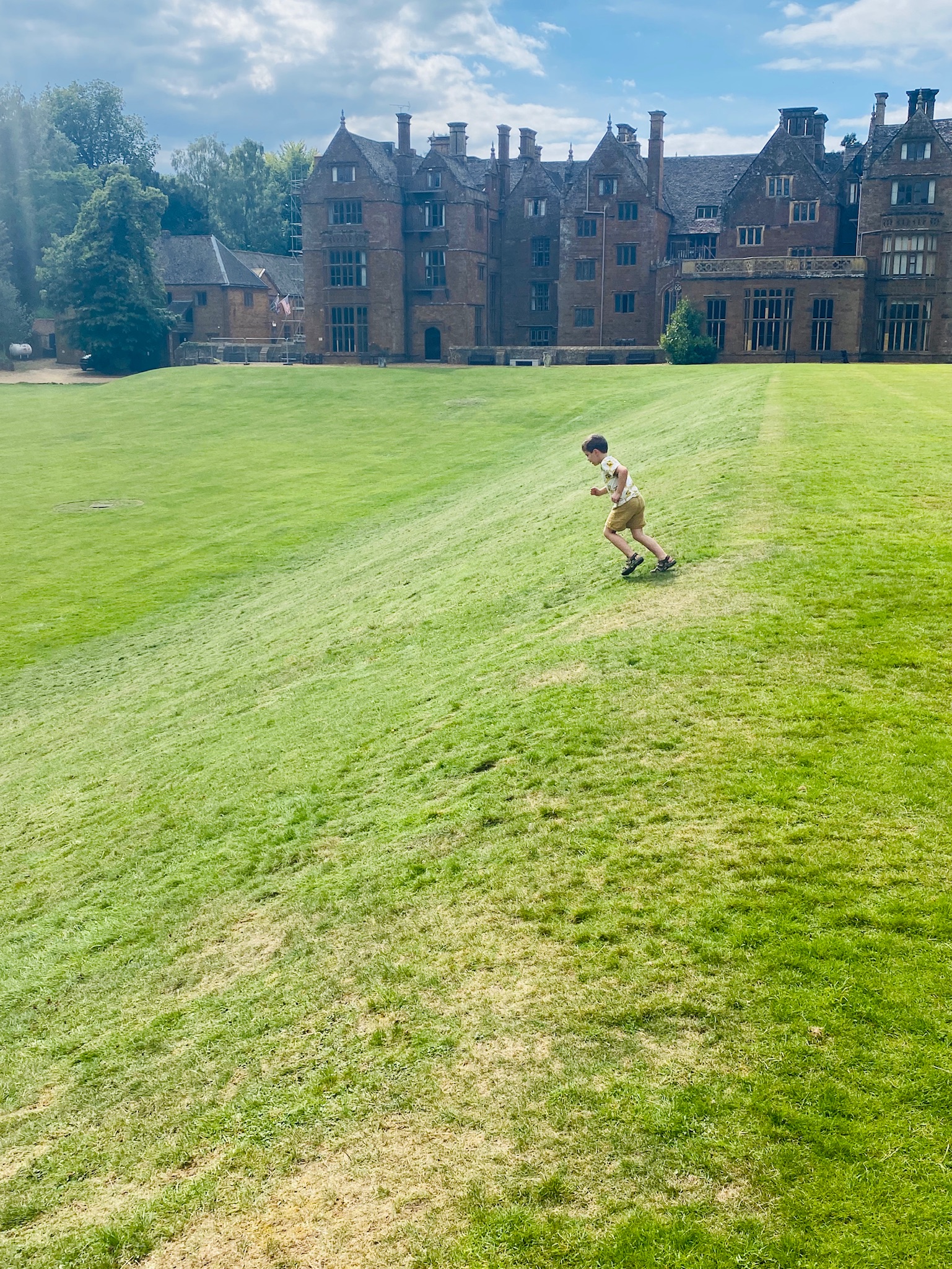 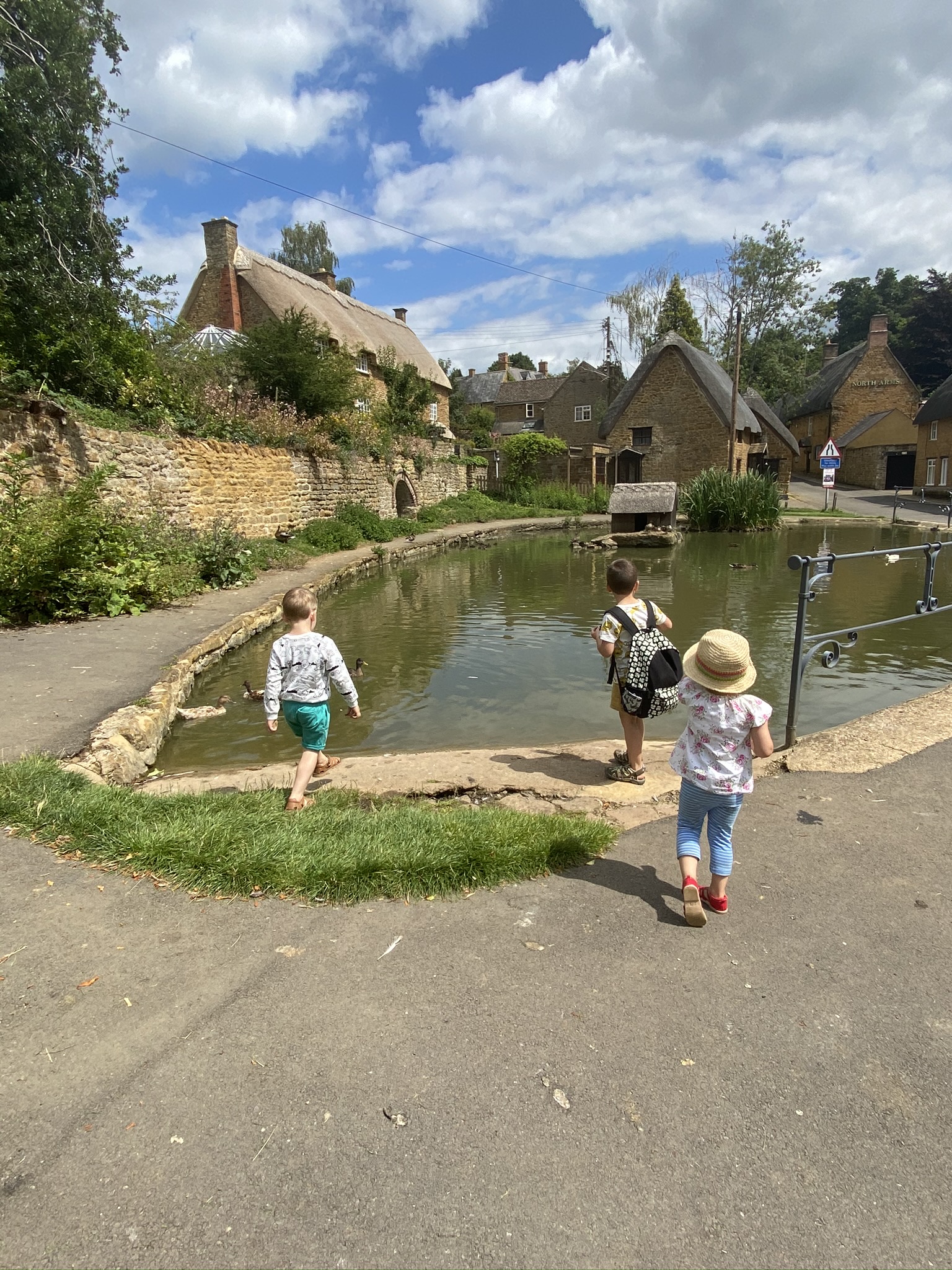 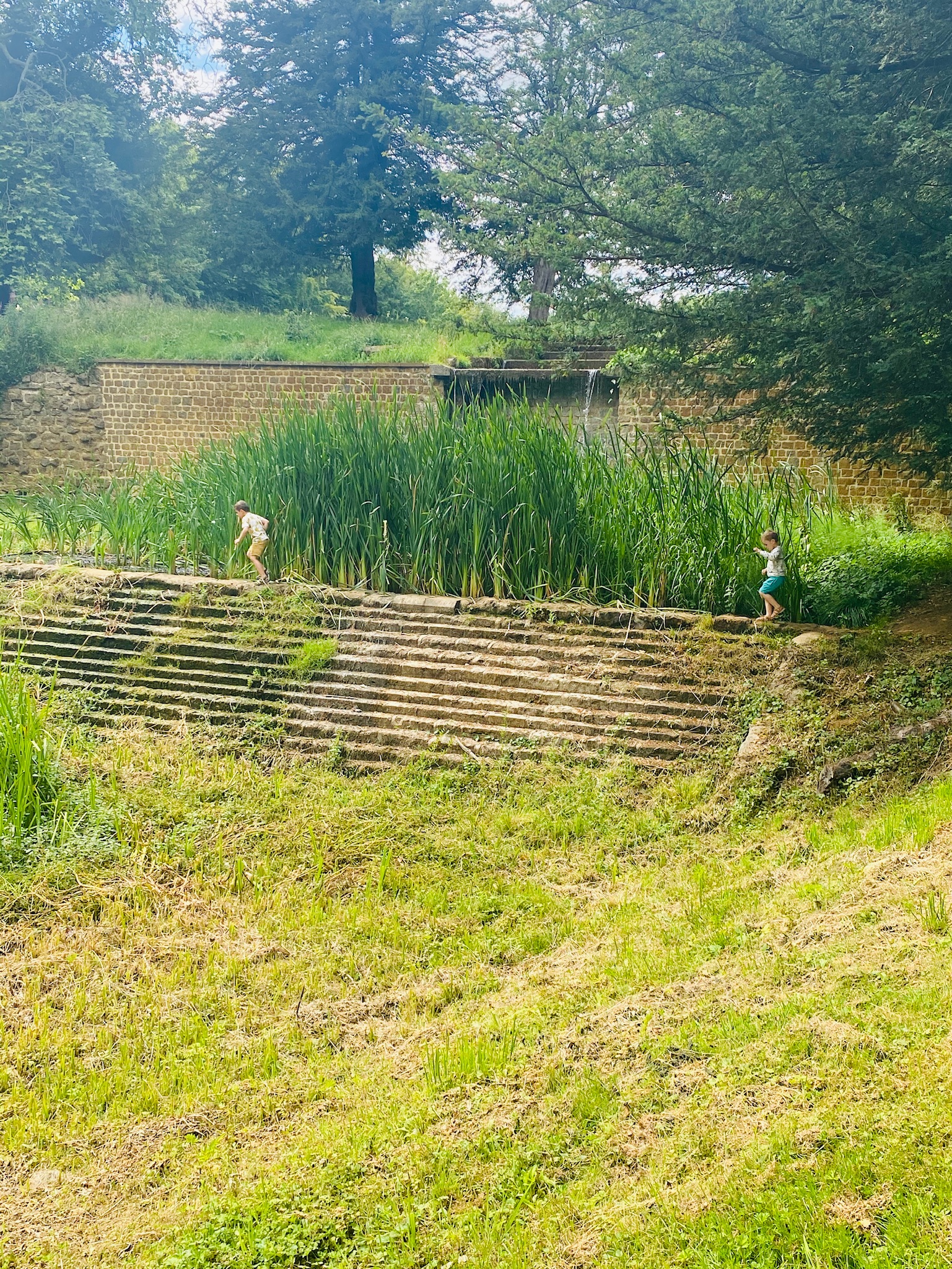 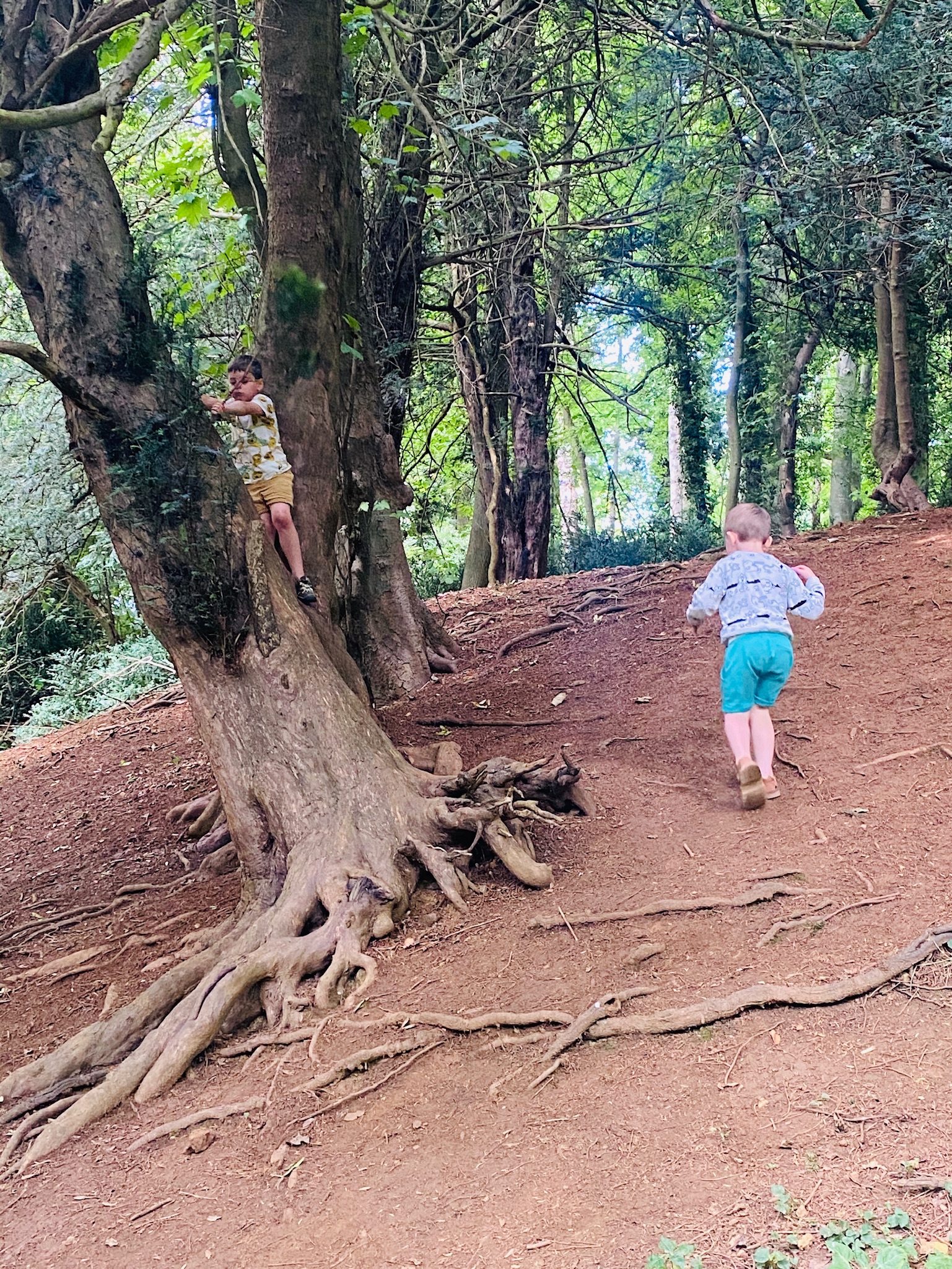 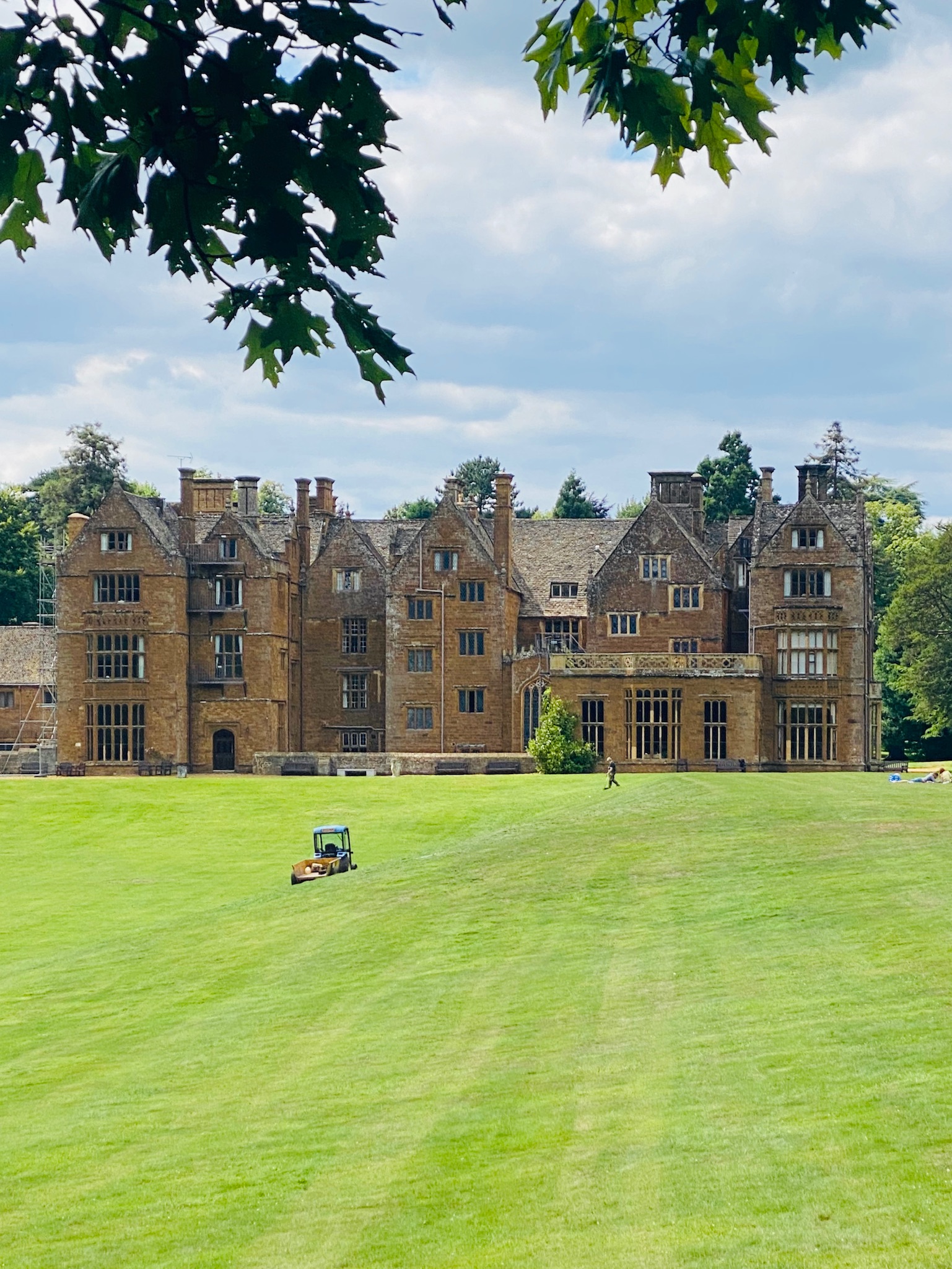 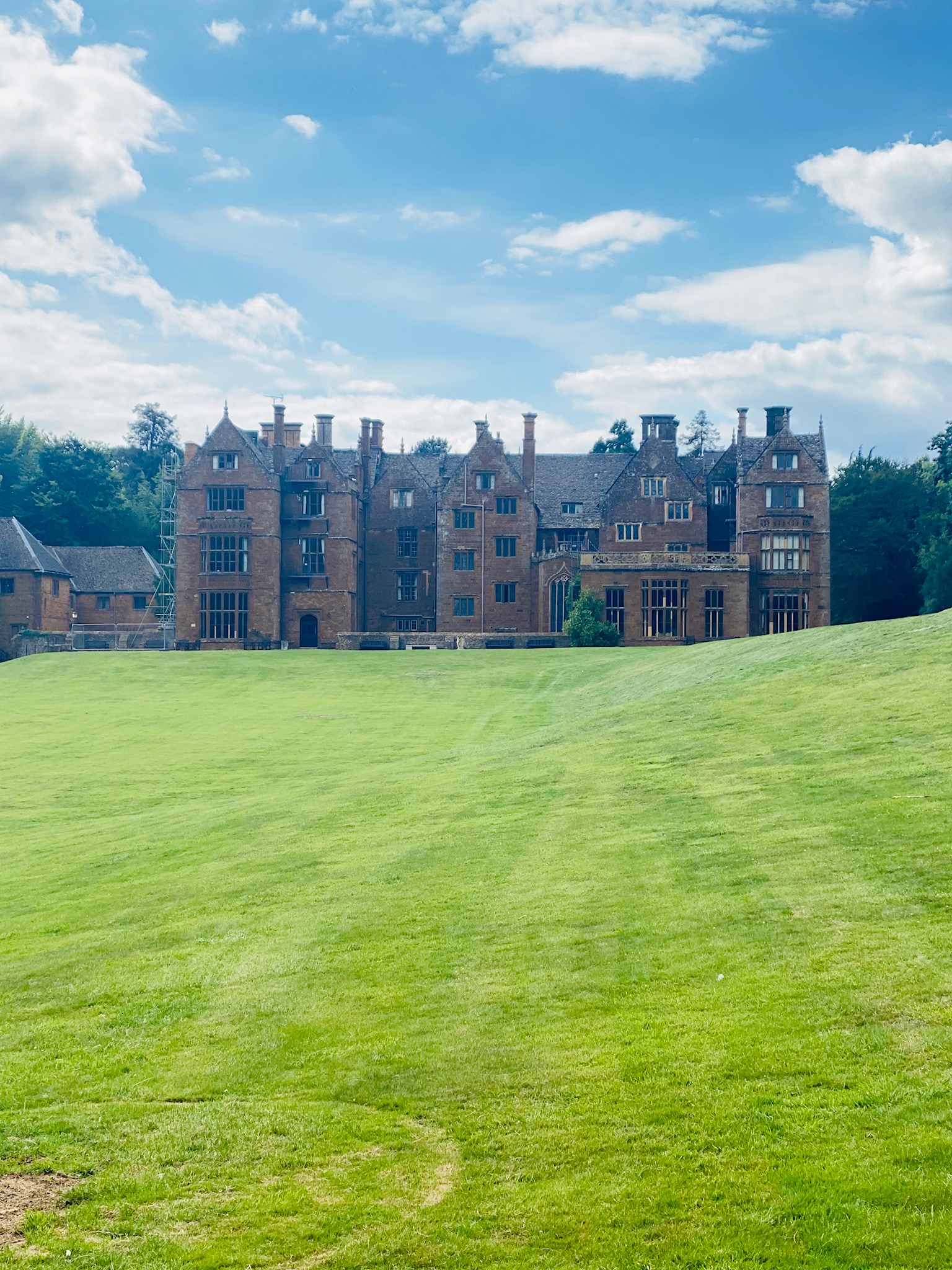 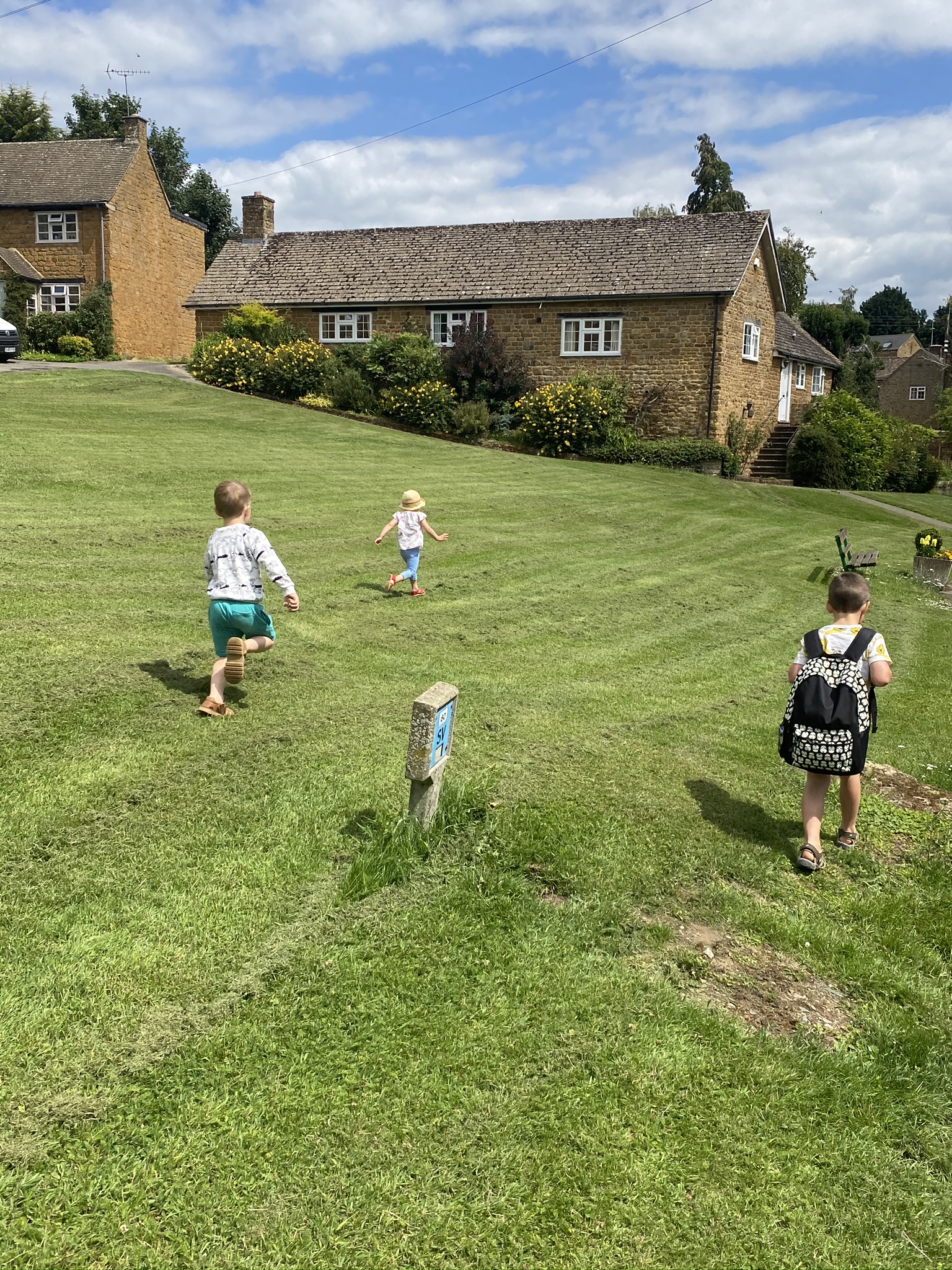 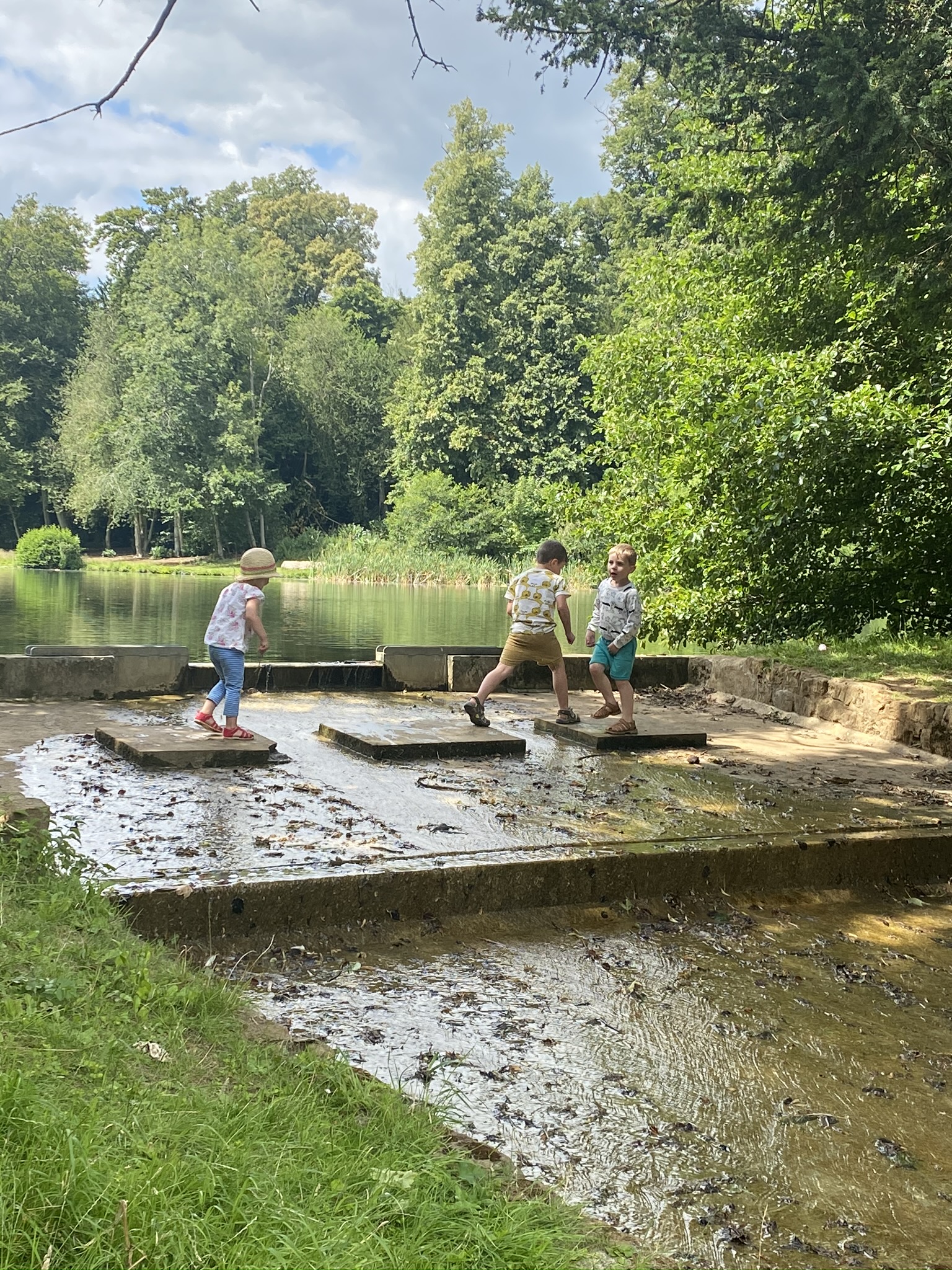 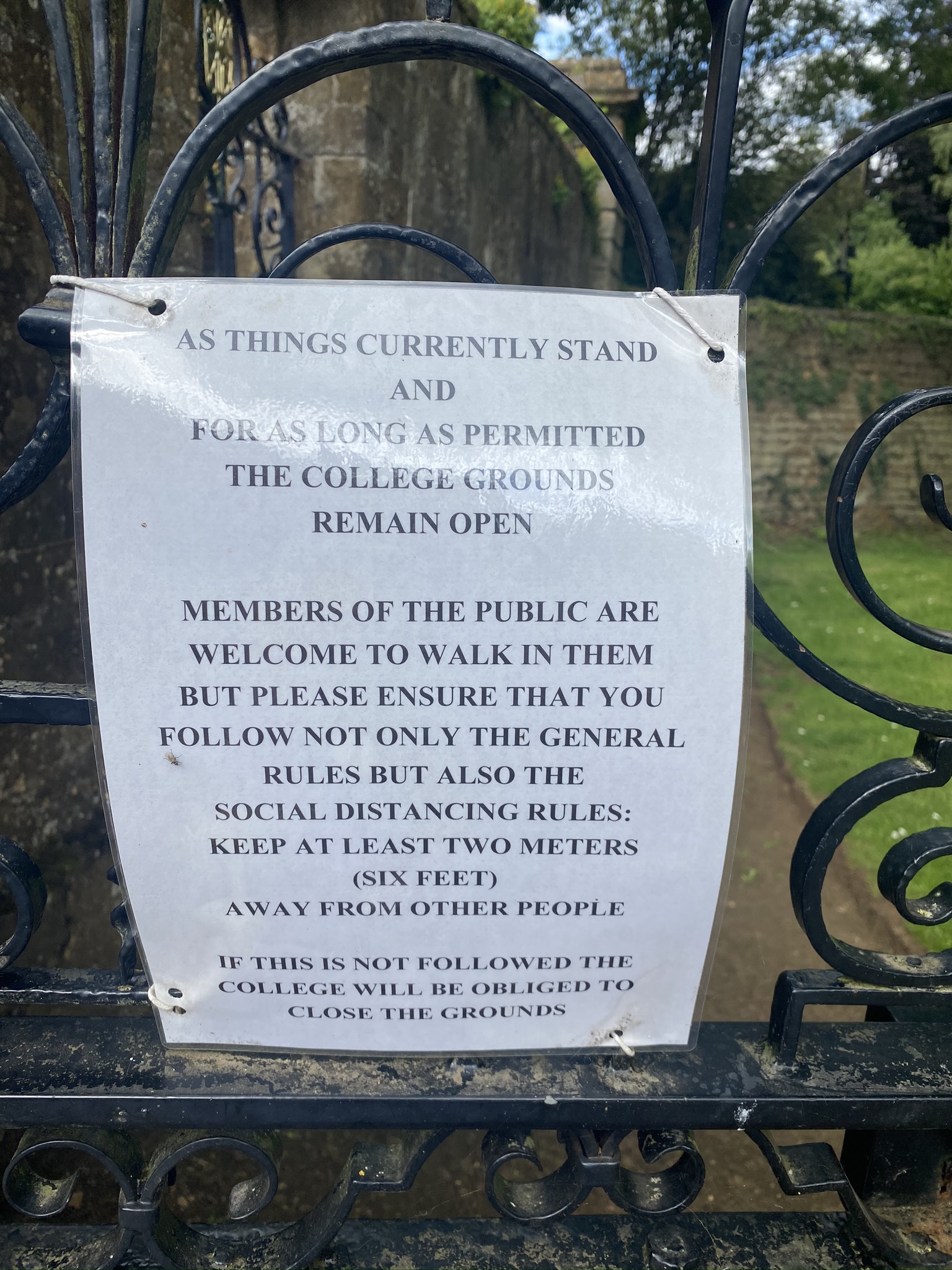 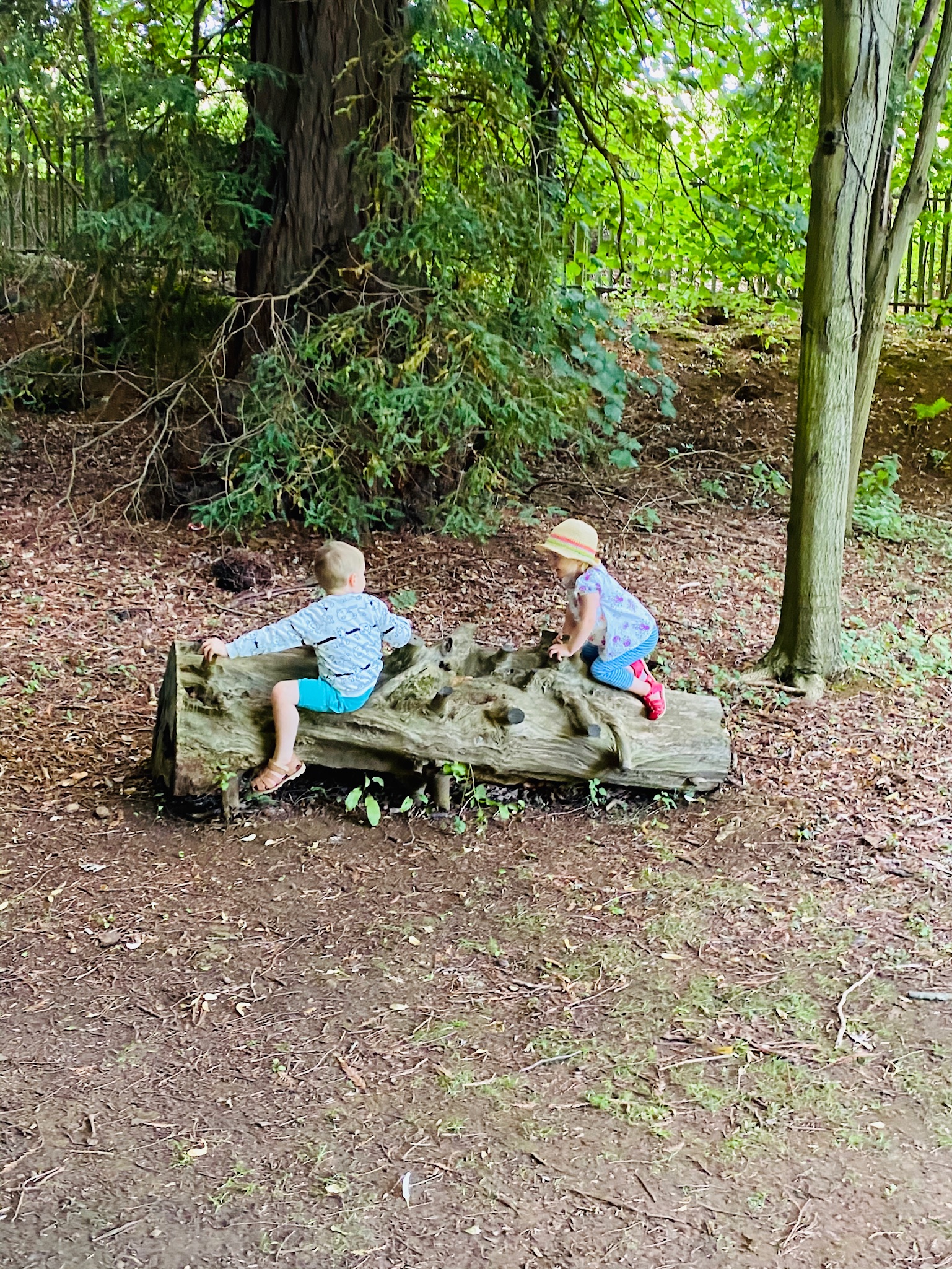 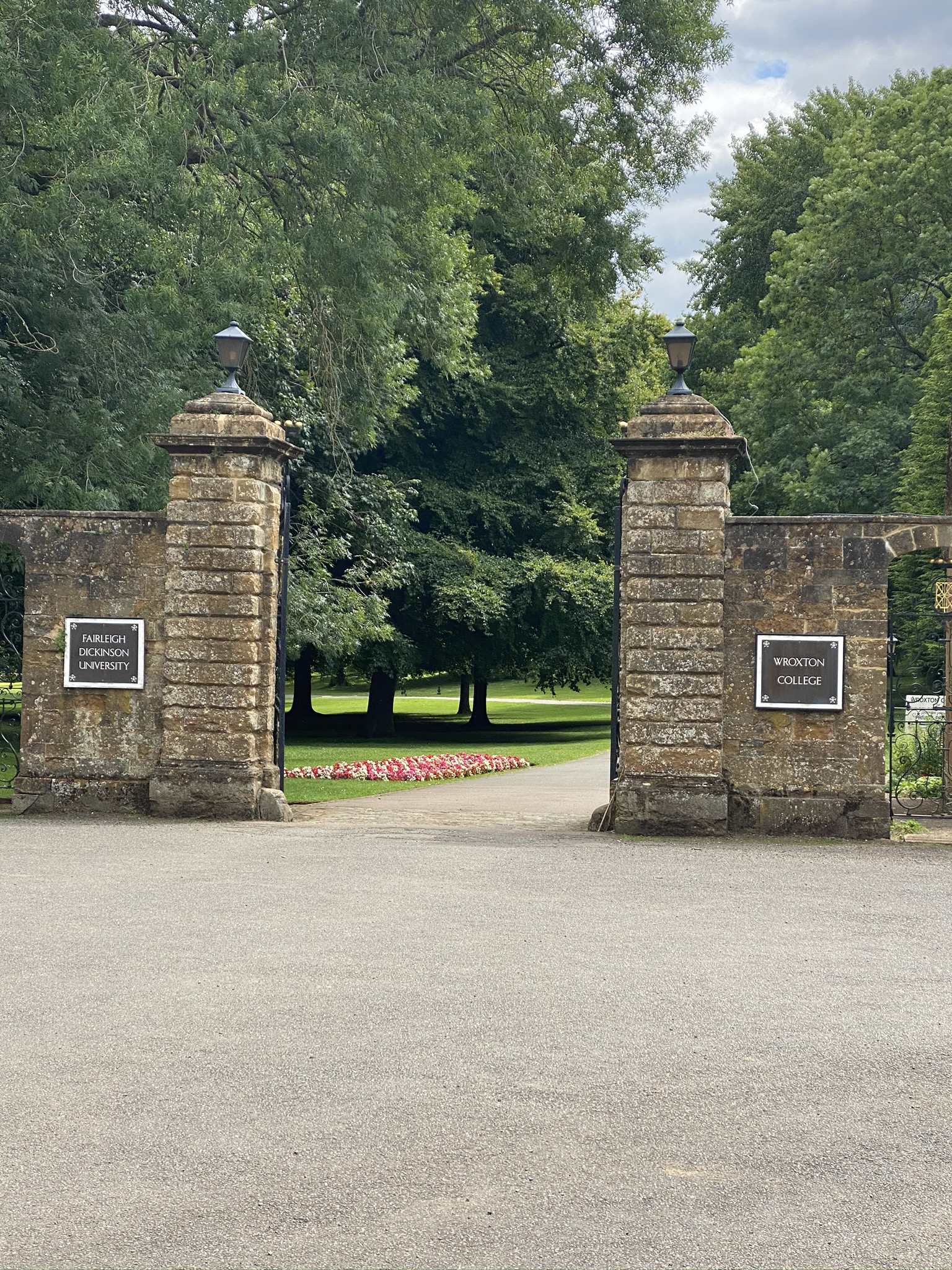 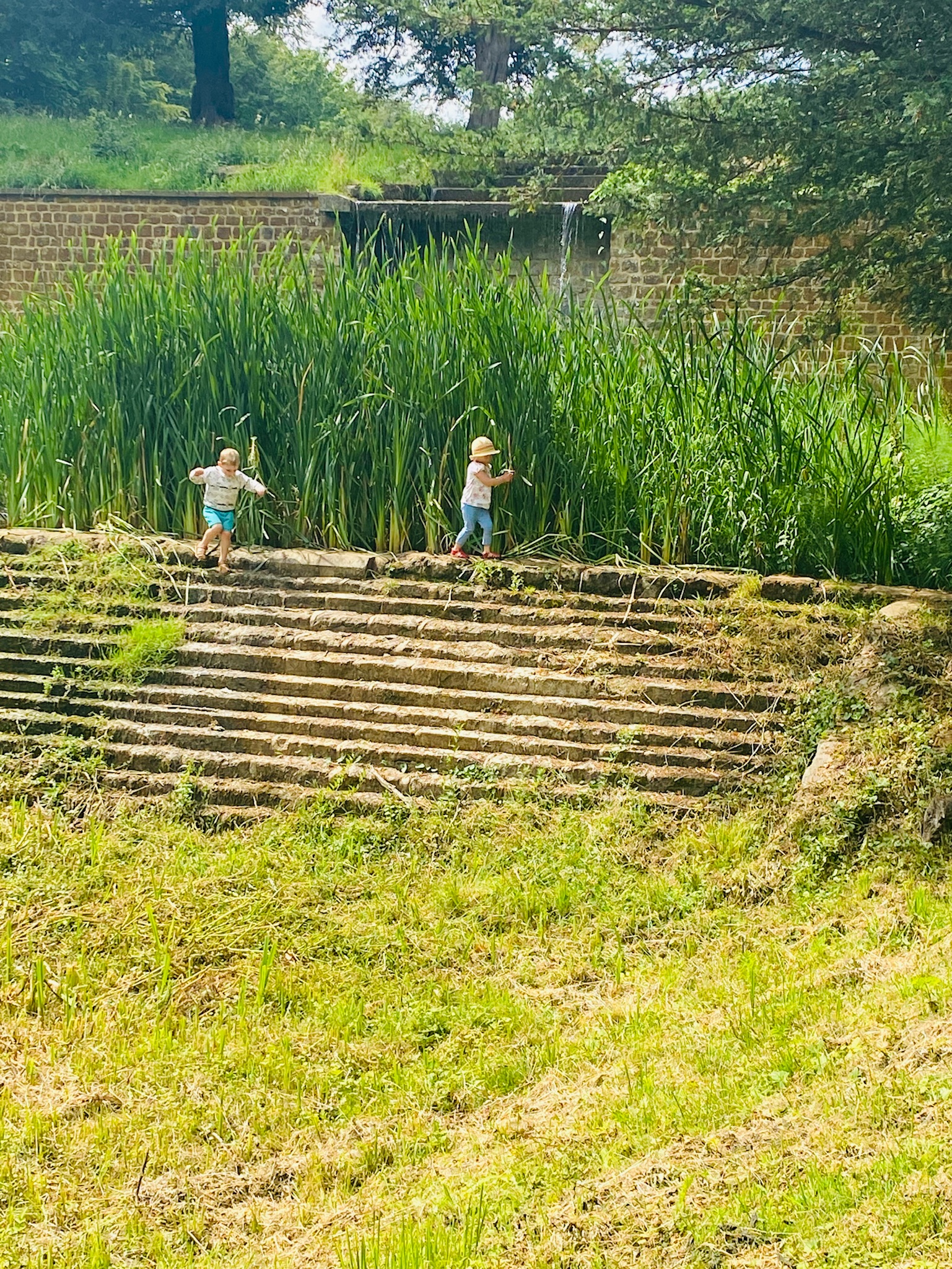 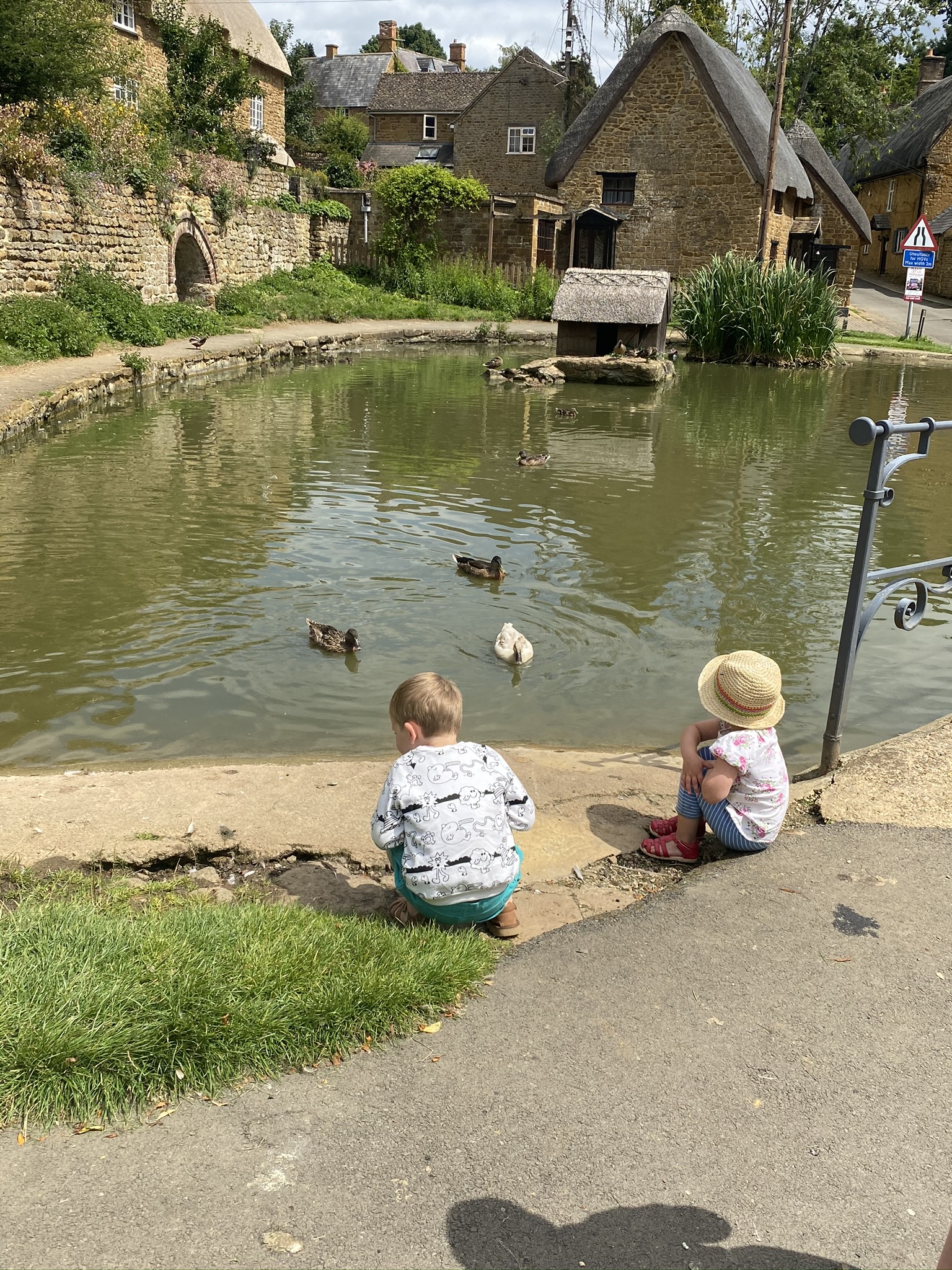 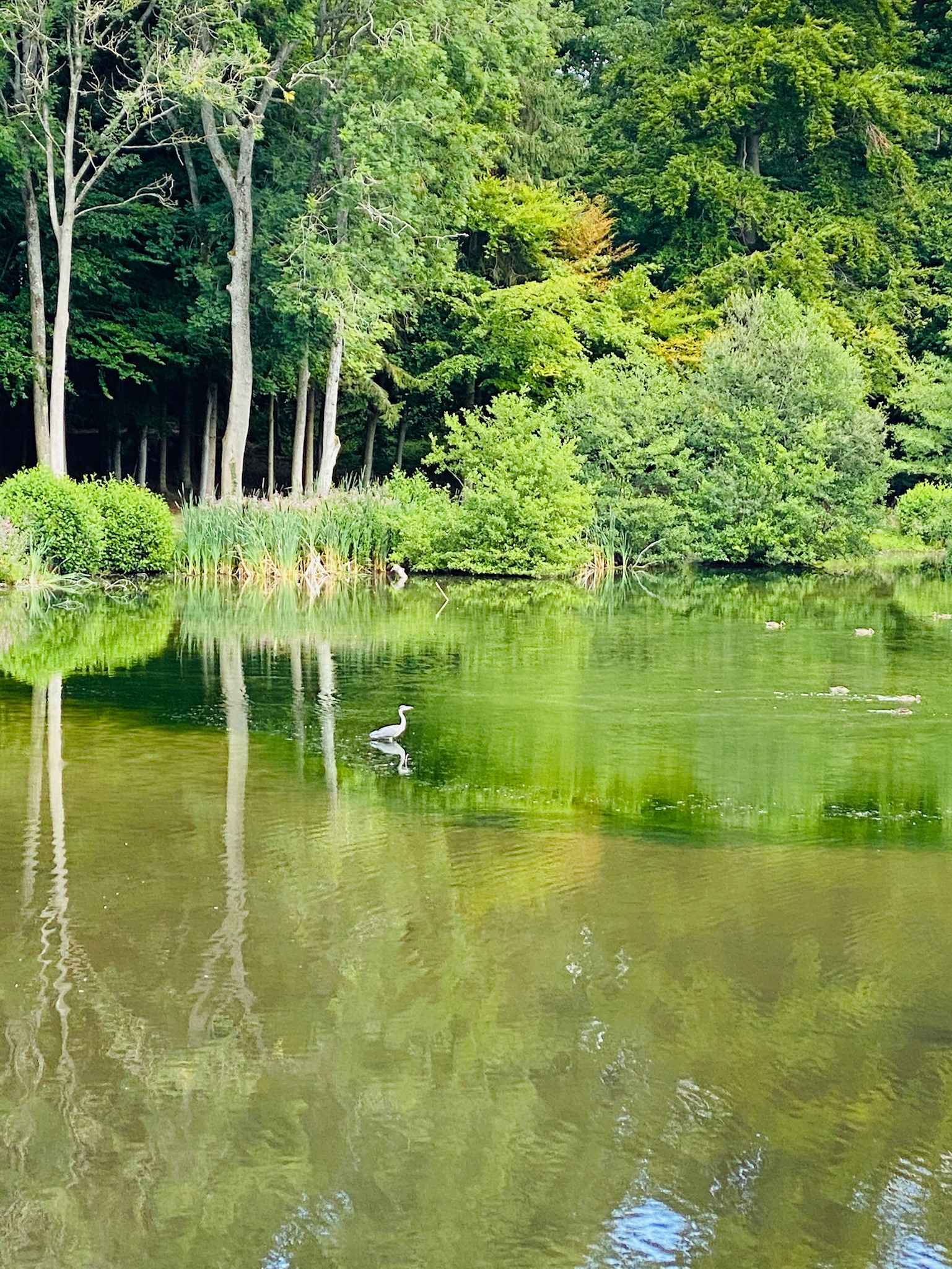 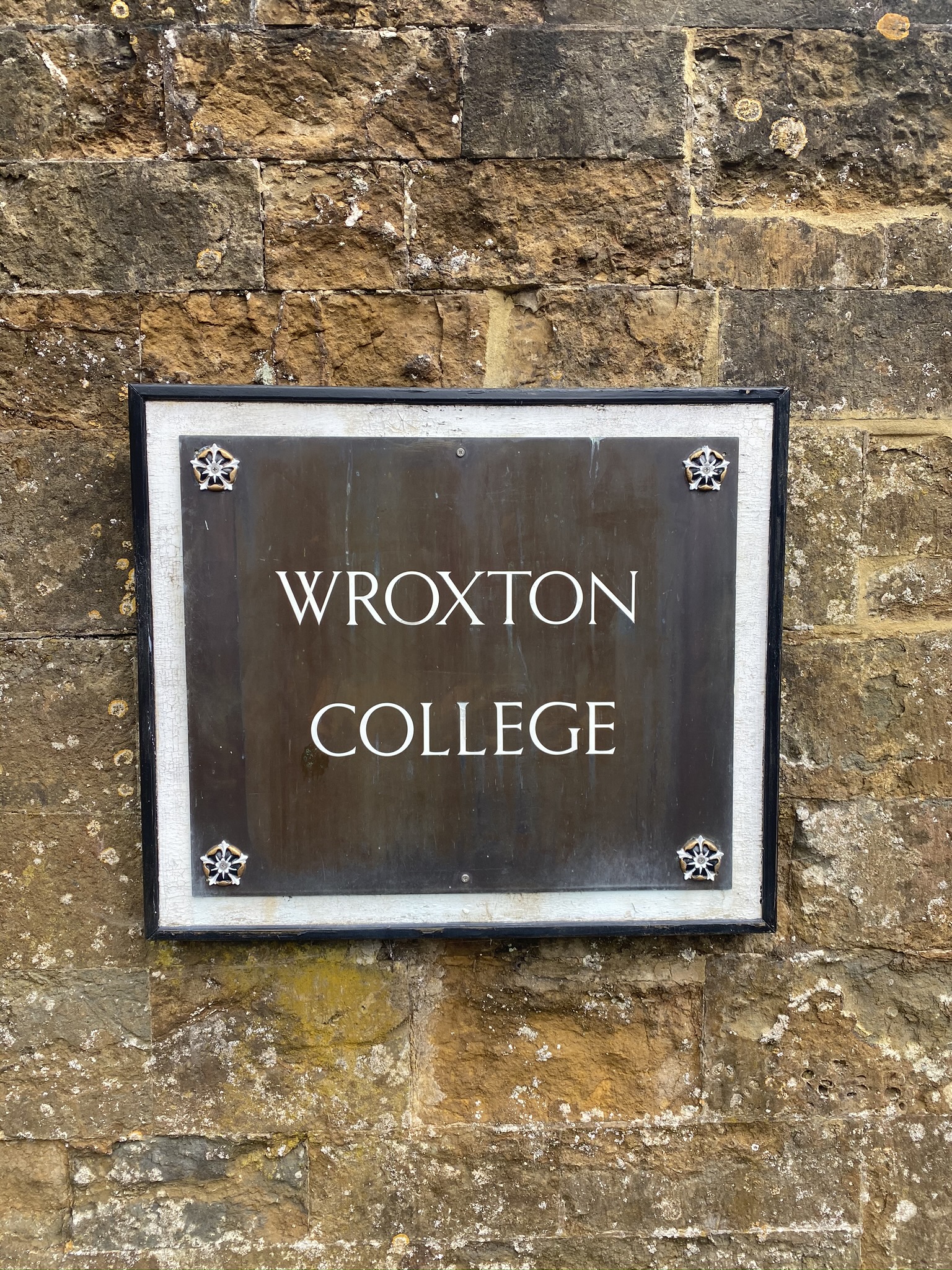 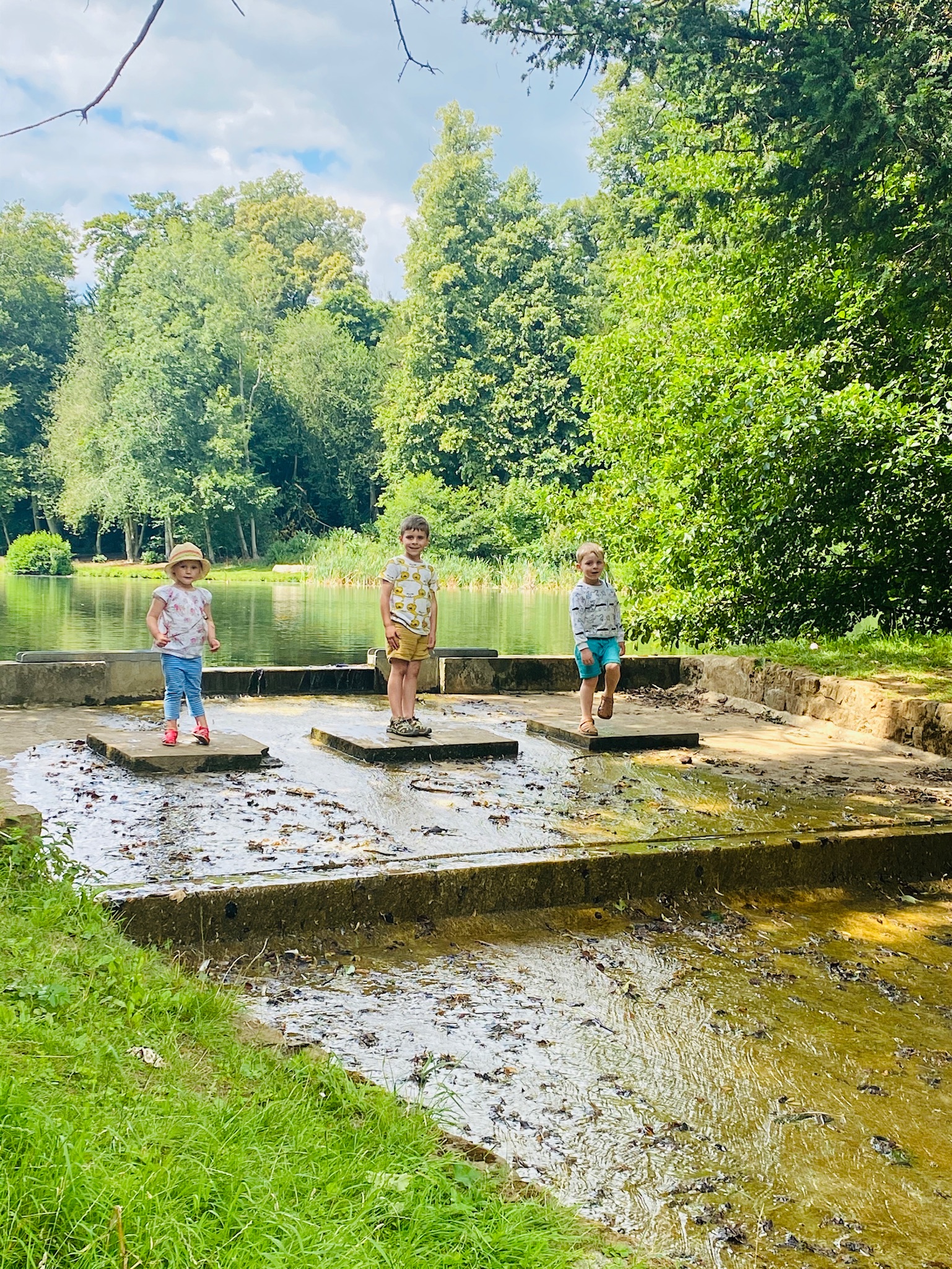 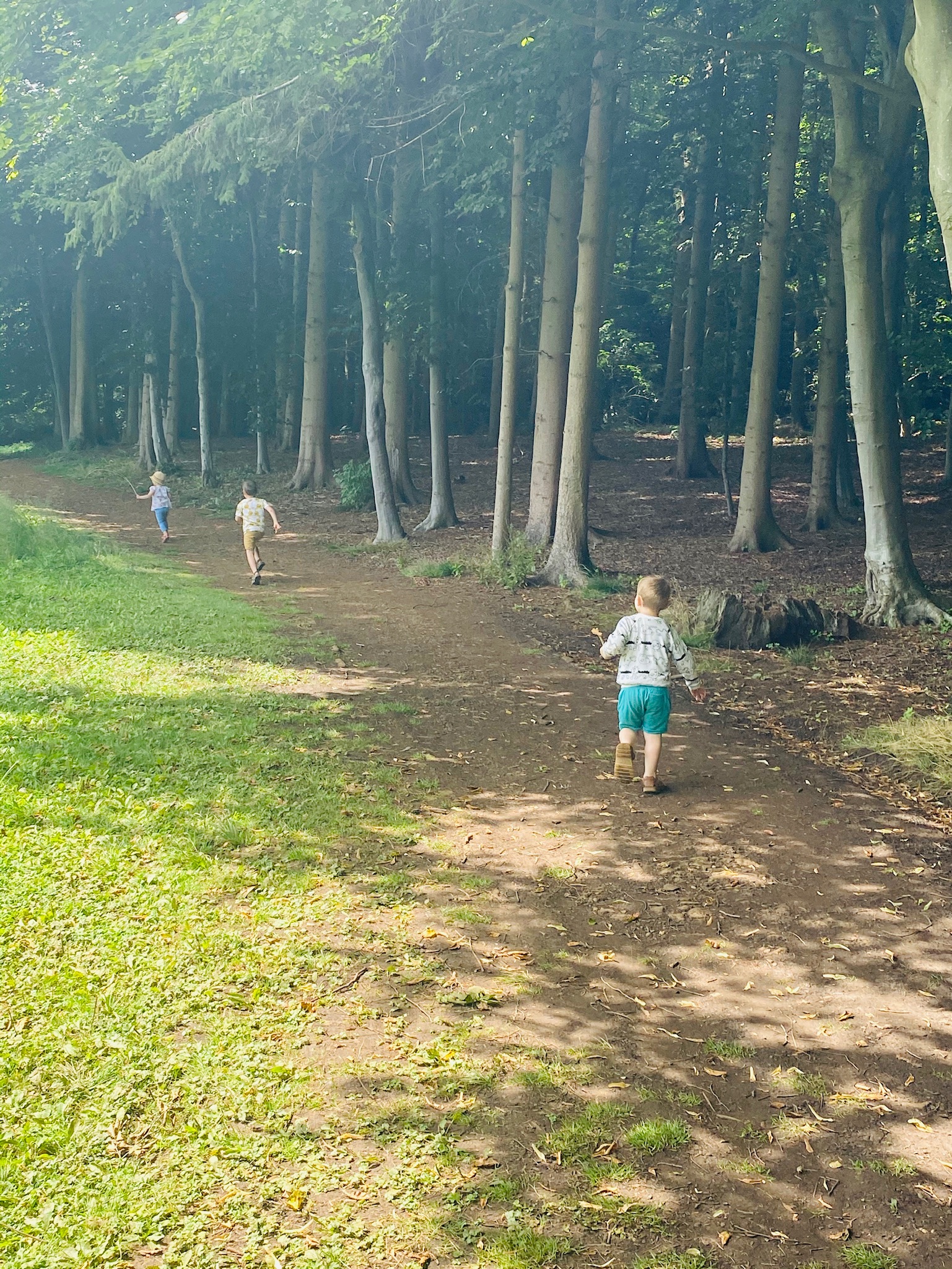 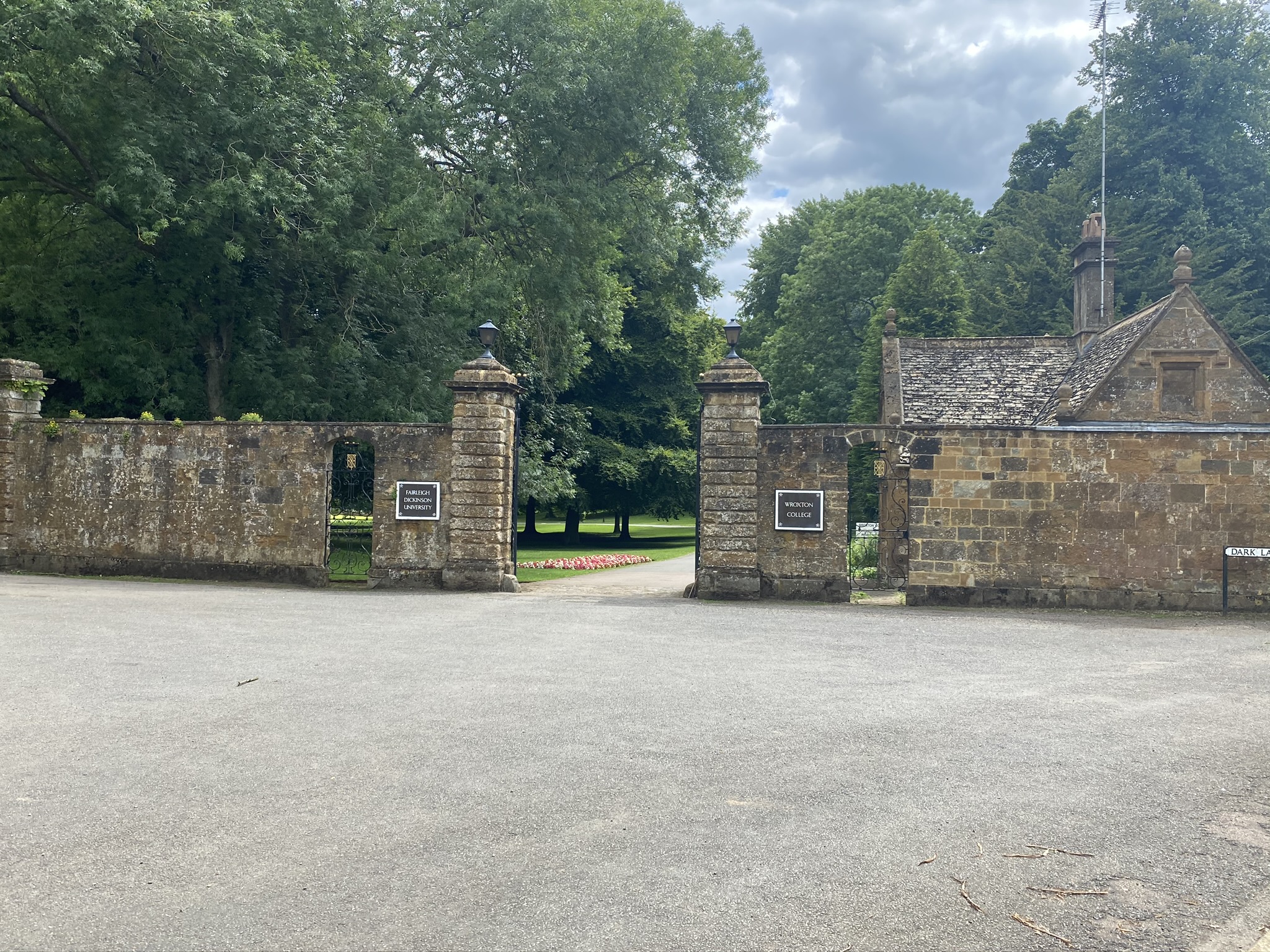 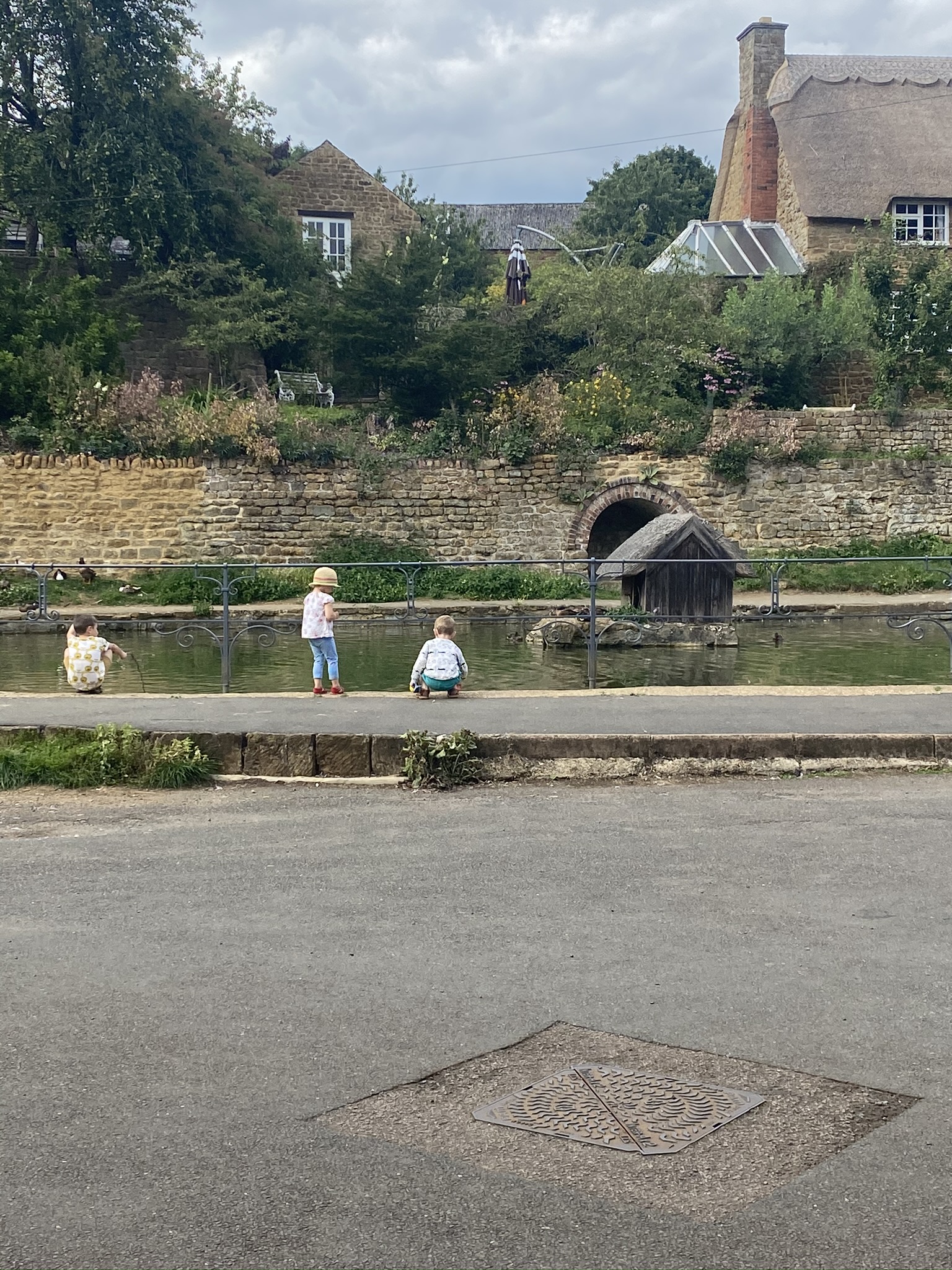 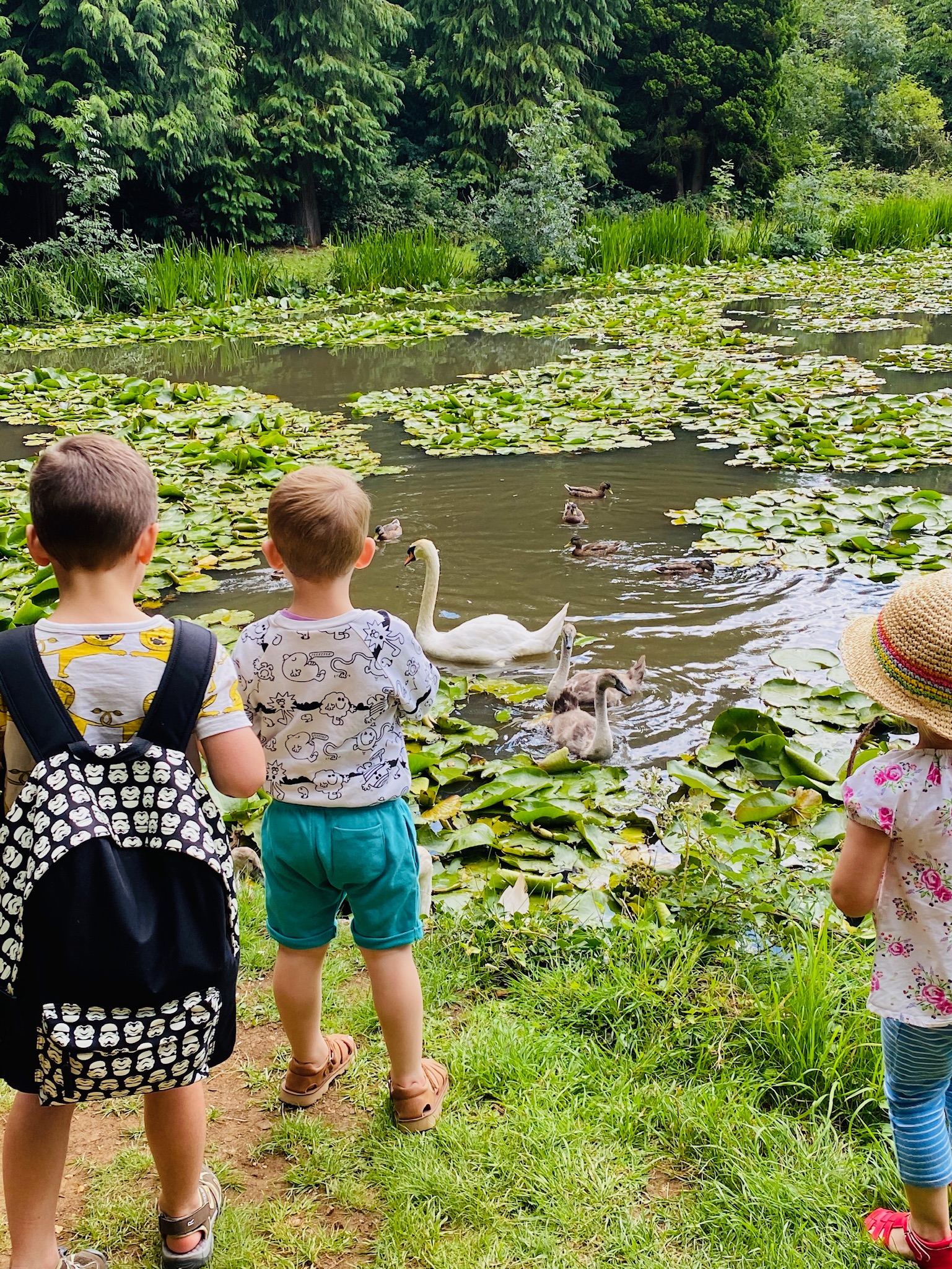 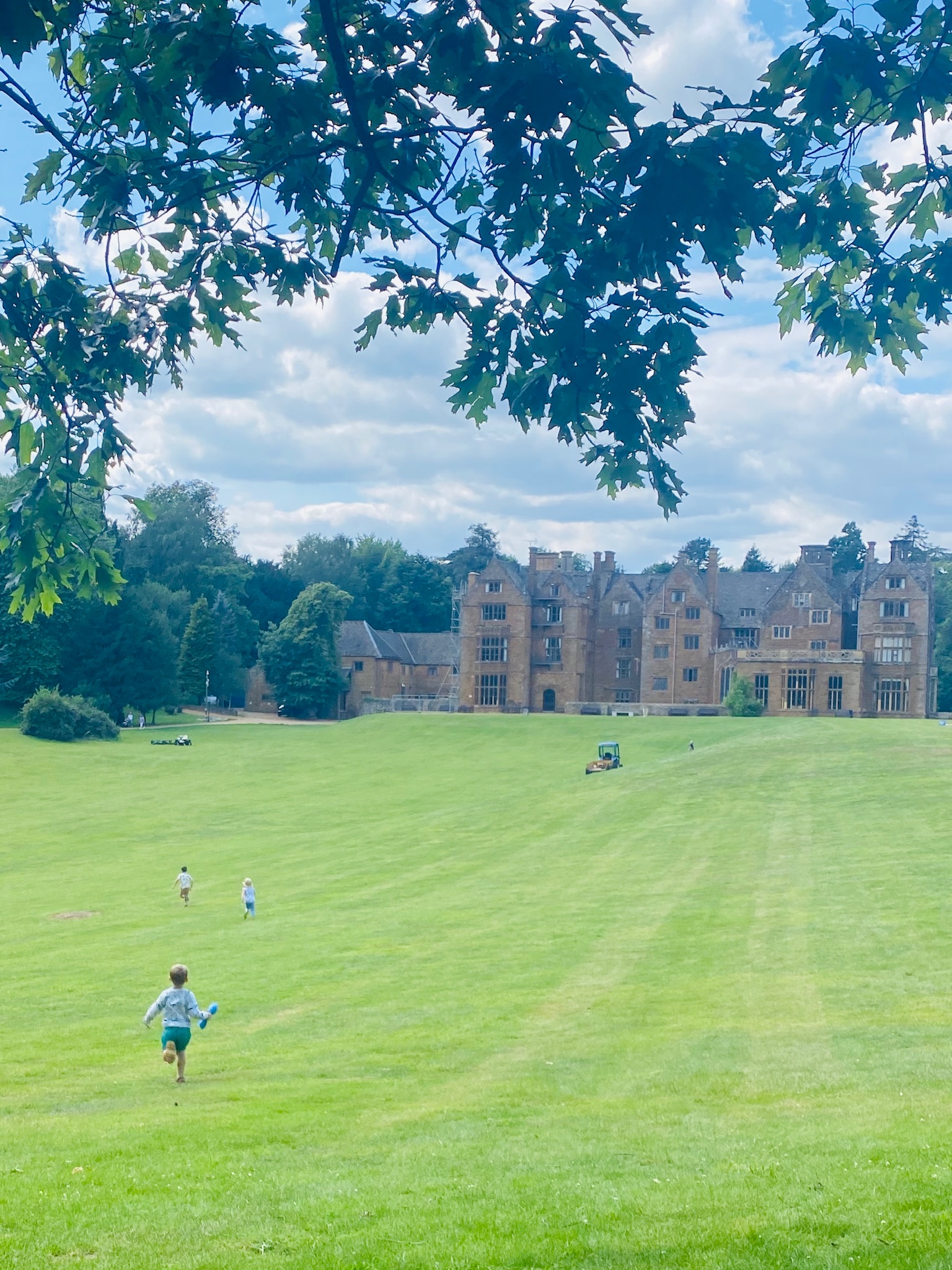 The whole walk is pushchair and wheelchair friendly.

There are no toilets.

If you do visit then please park responsibly. Parking is on the roadside in a very small village with narrow roads